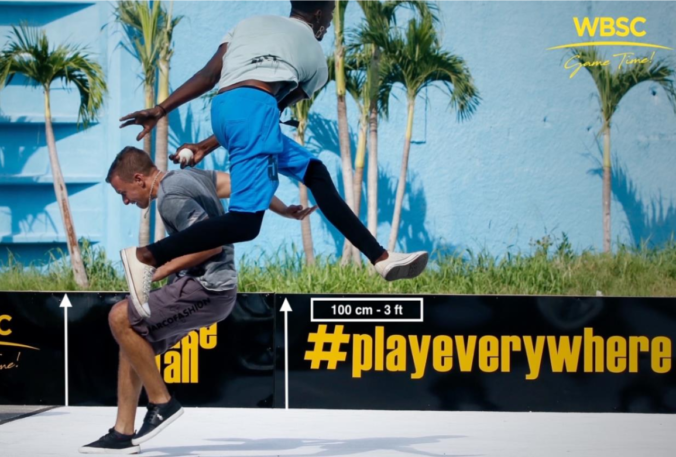 4§ The helmet
[…] In official games played with the women’s ball all infielders, the batter and the runners must wear the helmet. When a player is not wearing a helmet when so required, he shall be penalized. […]
In case of an offensive player: his actions on the play shall be nullified, and a technical out is calledagainst his team. […] 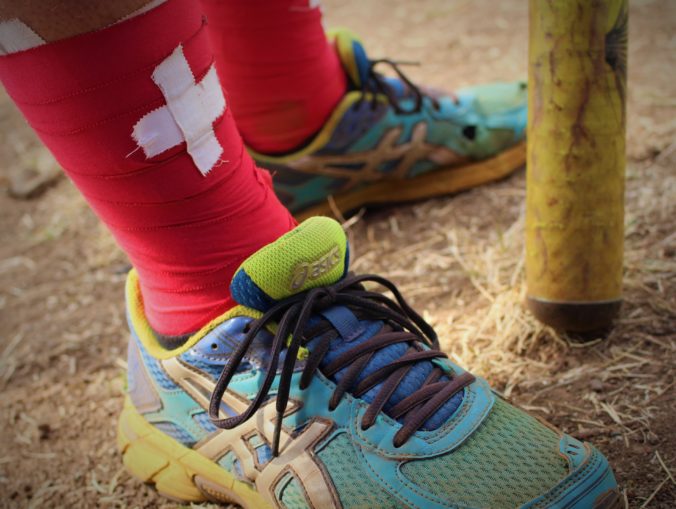 Please note the following article is subject to personal perception and has no intend to blame anyone specifically. This article will however, without censure of any kind, attempt to express the events and circumstances experienced by swiss players. While part of this article is critical and points out issues, the author felt like they needed to be included for better reader comprehension.

Arrival, conditions and mental challenge
Right upon arriving in India, that is literally when the plane touched down on the runway, one can take note of the air quality. In Delhi people started to cough before the plane arrived at its gate.

Joel and I arrived at the hotel in Pune around 6 in the morning, we couldn’t check in just yet and thought we’d go for a short walk. After a couple hundred meters we decided to return, as instead of feeling awakened it sort of felt like getting dizzy and exhausted.

In addition to air quality and lots of things going on everywhere we found ourselves in warm weather, comparable to some of our summer days in Switzerland. The sun just felt like burning a lot more and overall it was „quite warm“ to play pesäpallo or even spend the entire day at the fields.

Not familiar with street conditions and how traffic runs, a rickshaw experience is an absolute mind-blowing experience (thankfully, not literally). Our European sense for traffic is completely different. we are used to a different kind of order – experiencing everything that’s going on at the street and next to the streets takes some time getting used to. eventually we got familiar to the ways and were able to get around by foot, uber or rickshaws pretty well.

Besides air and traffic there was another thing that we struggled with. It was leak of clear information. Just a day or two before leaving Switzerland and heading to India we received the first time schedule. The scheduled was a „draft“ and did not clarify on which fields the games would eventually be played on or even when and where the opening ceremony would be happening. luckily our team ran into some organizers at one of the fields that got mentioned on the day before the tournament and we then „sort of knew“ where to go the next day.

Arriving at the fields on the first day felt very „off“. there was a stage with a big the 10th pesäpallo world cup sign next to a small building that we’d recognize as a club or sports facility. loud EDM (electronic dance music) was playing.

A couple of fields where drawn with conditions that ranged from „very concerning“ to „threatening“. If I was to show my insurance where we would play they would most probably refuse to insure us and point out that this is very obviously „a bad idea“. Holes in the fields that can easily break your ankle if you don’t watch your step when running, elevations that will make you trip and stones, excrements as well as trash including glass fragments could be found.

On top of that, no scoreboard was shown. No official player- and score sheet, nor a score keeping table with dedicated staff could be found. Referees, if any, arrived late and some decisions were made from poor perception and very basic knowledge of pesäpallo rules. Games frequently started late and were additionally delayed by talks and, from our perspective, unnecessary procedures.

The speaker box next to the stage was right at the home base of the men’s field. turned up to „very loud“, almost constantly making idle noises when no one was speaking or no music was playing. sometimes the game would be interfered during the pitch, or players would sort of wince and hold their ears.

At some point on the first day, the opening ceremony took place. A relatively long procedure introducing and felicitating many persons. It was and still is difficult for us to understand what some of those people contributed exactly. We guess it’s a cultural thing to involve for example a city major and various representatives in an event like this. Overall, we saw a lot of efforts for the ceremony and felt like there was barely any for the actual games and players. But getting to know India a bit, it must have been very difficult to plan and run an event at all.

After all teams presented themselves, guests and organizers have been felicitated a representative of each team would take part in a field blessing ceremony. They would all break a coconut on a rock and spill its contents on the field. In hindsight, that must have worked wonders. Considering the field condition and danger – I have not seen anyone carrying away any very bad injuries. Finally, we were ready to start the games.

Our first game was the actual opening game against Finland. We had our highlights!

The tournament went on and we got to watch and experience many games. Nepal, Bangladesh and India definitely had way faster runners, threw and caught like they’d played lots of baseball before and they were strong in basic pesäpallo tactics and knew how to play.

They didn’t leave our mixed team much of a chance and were at least equal if not even better than our men’s team. To me, our men’s team showed off that they had quite a few years of tournament experience and were able to keep their mind right during challenging situations. What we got to see in the men’s category really showed that our swiss league paid off in getting our players the necessary amount of experience, not just in skills and basics, but also mentally.

Here’s the moment we won the semi-final against India. It felt really rewarding for everything we put in and troubles we encountered. Also unbelievable that we would be in the final and just secured silver medal!

The final was clearly won by Finland again. It shows that even when they field players from various experience levels, they manage to be a team and win the tournament. Looking over to the new world cup teams and their skill level – Finland will need to bring in younger and better players someday. I’m very much looking forward to that day. It will tell Finland that international pesäpallo has become a thing, and that might be very important to our sport world wide. But that day is still very far in the future.

Yet another long-lasting ceremony. Luckily there was some little entertainment included that felt really refreshing.

While there was a video camera and some officials taking pictures, they can barely be found on the internet as there is no official, non-country restricted access. Maybe there will some on the Indian pesäpallo federation website some time. But the website is hard to impossible to navigate and not yet updated since the world cup (7th Dec 2019).

Looking at our players, I couldn’t find a face that didn’t look exhausted to some extent. Yes, definitely happy it was over, and we won silver – but also happy to be heading home.

We can only hope the new pesäpallo nations Nepal, Bangladesh, part of Asia and India were able to take away a good experience and will continue to participate in pesäpallo nationally and internationally. It would be very cool to see how they develop and maybe have some games against them anywhere in the world. Hopefully at the next world cup 2022 in Finland. Please – keep it up guys!

At this point the efforts and success by Chetan Pagawad must be addressed and honored. If it wasn’t for him, we would not have seen a world cup in India with new teams from that region. While communication and organization of the world cup would need a major improvement in the future, I still hope he will get the right people to help him continue the work for Pesäpallo in India and nearby.

A special thanks to all the players and supporters that put up with all the circumstances and came to India to represent Switzerland. Whether it was for the cheers, the supplies and taking care of our material or putting yourself at risk by playing on those fields. I hope the experience was still worth it and certainly we are very happy and proud of you.

We are really happy to have continous support from finland to come and judge our crutial finals. Thank you Miko for your extraordinary efforts and staying with us this weekend! We hope you had a chance to enjoy your stay and we wish you a safe trip home.